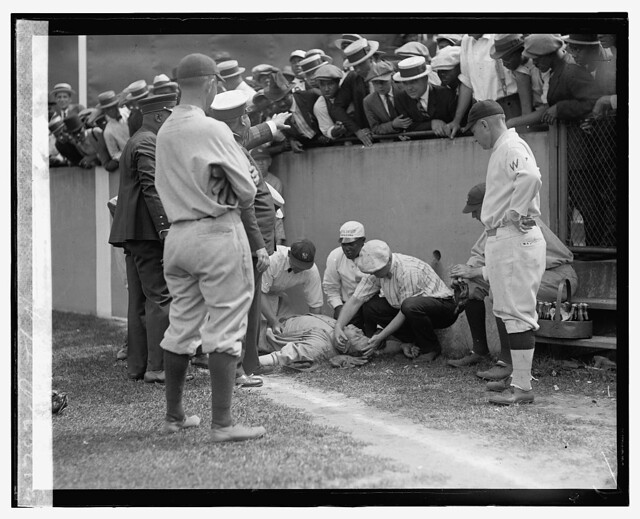 Nope, not the effects of a heavy night…

[It]happened in the fourth inning, when Babe made a valiant effort for a long foul from Joe Judge’s bat, which just sailed over the wall into the crowded seats. The Babe ran into the pavilion parapet with the full force of his body, and dropped unconscious to the grass. Uniformed policemen ran to his assistance and kept back the crowd that seemed disposed to leave the chairs and get a close-up of the injured warrior. Several photographers happened to be on the spot and snapped the Babe as Trainer Doc Woods ran up with the water bucket and the little black bag of first aid preparations.

[Yankee manager Miller] Huggins wanted Ruth to quit, but he insisted upon staying in, and got a double in the sixth… From page 23 of the July 6th, 1924 New York Times

The Yankees beat the Senator 2-1.

This site uses Akismet to reduce spam. Learn how your comment data is processed.